Sign up for our next Murder at the Clement

Don’t miss out and use the form below to sign up for our murder at the clement newsletter.  This is where we will let you know when we are planning the next game. 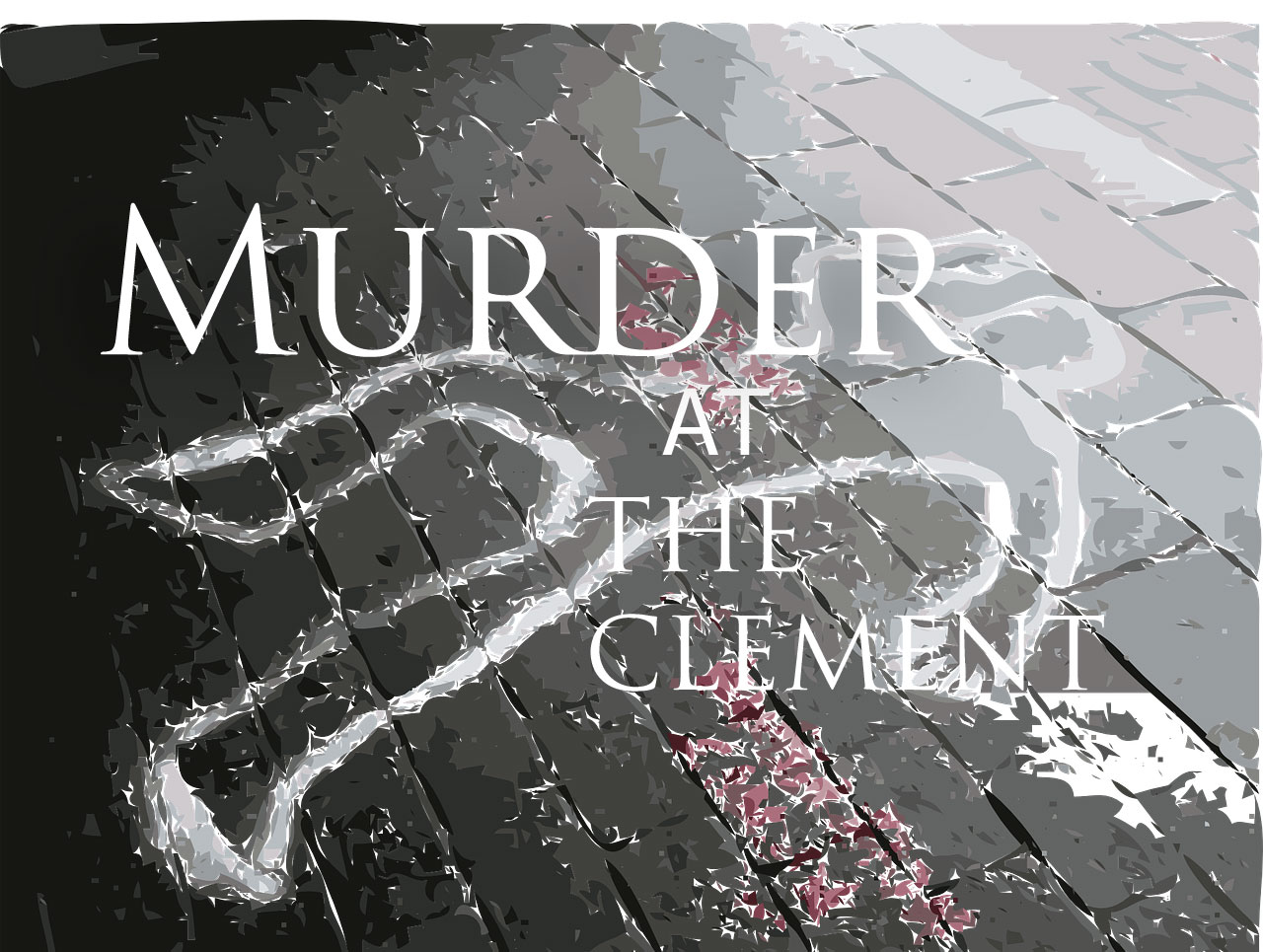 Murder At The Clement

infoCome play a game of murder At The Clement. This game is a blast and I really enjoy playing it. The scene is At The Clement. Over 6000 Square Feet of space in an historic church to explore as a “murderer” picks us off one at a time.

If you are interested in playing, please join our signup list and we will announce our plans.

What is the murder game?

You can read more about this “parlor game” at the following link https://en.wikipedia.org/wiki/Wink_murder The following is from wikipedia,
In each round of play, one player is secretly assigned the role of “murderer”, perhaps by handing every player a playing card with a particular card signifying that the recipient is the murderer. The murderer has the ability to “kill” other players by making eye contact and winking at them. If a player is winked at, they must count silently to five before feigning sudden death, and either lying on the floor where they died, or silently leaving the playing area.[2]

If a player suspects they know the identity of the murderer, they may raise their hand and announce “I accuse”, without naming their suspect. At this point, the game pauses and the accuser asks for somebody to second their accusation, again with neither naming a suspect. When they have a seconder, both of these players simultaneously point to their suspect; if they are both pointing to a player who admits to being the murderer, the game ends. Otherwise (if they are pointing to different players, or to an innocent player) the accusers are both eliminated as if they had been murdered. Players are forbidden from communicating their thoughts on who the murderer might be, and players who are not the murderer are not allowed to wink.[2]

The objective of the murderer is to murder as many people as possible without being caught.[2]